Teach Me Life
Home Lifestyle Your Grandchild say I LOVE YOU

The bond between grandparents and grandchildren is a unique and special bond like no other. The relationship between grandparents and grandchildren is one that is built on love, affection, appreciation, fun and pure joy. Becoming a grandparent is usually one of the most special times in a person’s life because, mainly due to the unique and special bond that they form with the grandchild. Moreover, your grandchild’s love for you is also one that is unconditional from the start. 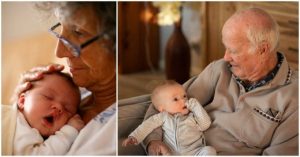 1. Grandchildren restore our zest for life, and our faith in humanity. – unknown

2. Our grandchildren accept us for ourselves, without rebuke or effort to change us, as no one in our entire lives has ever done, not our parents, siblings, spouses, friends – and hardly ever our own grown children. – Ruth Goode

3. What a bargain grandchildren are! I give them my loose change, and they give me a million dollars worth of pleasure. – Gene Perret

4. Few things are more delightful than grandchildren fighting over your lap. – Doug Larson

5. The idea that no one is perfect is a view most commonly held by people with no grandchildren. – Doug Larson 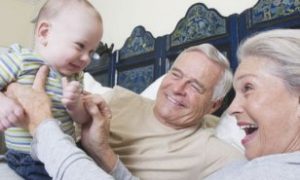 6. My grandchild has taught me what true love means. It means watching Scooby-Doo cartoons while the basketball game is on another channel. – Gene Perret

7. I’ve always enjoyed seeing the world through the eyes of my grandchildren. – Neil Sedaka

8. I love music of all kinds, but there’s no greater music than the sound of my grandchildren laughing. – Sylvia Earle

9. ‘Grandmother’ doesn’t mean that you have gray hair and you retire and stay home cooking cakes for your grandchildren. -Carine Roitfeld

10. With your own children, you love them immediately – and with grandchildren, it’s exactly the same. – Kevin Whately

12. I love being a grandmother. That feeling you have for your own child – you don’t ever think it will be replicated, and I did wonder if I would have to ‘pretend’ with my grandchildren. But my heart was taken on day one. – Joanna Lumley

13. My grandchildren are fabulous and funny. – Erica Jong 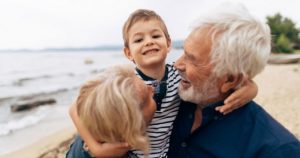 14. Grandchildren have taught me how important the future is. I try to look through their eyes and envision what’s in their imagination. What’s the world going to look like when they’re my age? That really does take a huge imagination. – Richard Lugar

15. Telling my grandchildren stories of my growing up is some of our favorite times spent together. They want to know what it was like and what I did as a child. They seem to be especially interested in the organic and simplistic setting I grew up in. – Lidia Bastianich